Does Air Conditioning Cause Air Pollution? As warmer weather arrives, chances are you’re using your air conditioner more often to stay cool. With the world focusing more on issues of climate change, though, you might be wondering about your AC’s impact on the air around you. Read on for information about how HVAC systems contribute to air pollution.

There are a few different kinds of refrigerants used in air conditioners. Older units often use chlorofluorocarbons (CFCs), which were eventually found to contribute to the depletion of the Earth’s ozone layer. Manufacturers no longer produce air conditioners that use CFCs, but due to HVAC systems’ longevity, many are still in use. Hydrofluorocarbons (HFCs) are used more commonly, and they don’t deplete the ozone layer nearly as much, but they still contribute greatly to global warming.

CFCs and HFCs are toxic if inhaled, as well. The amount of refrigerant that your air conditioner off-gasses won’t generally impact the air quality around you, though, unless there is something seriously wrong with the system. This means that while it’s a good thing to be aware of the impact of CFCs and HFCs on our environment, you don’t have to worry as much about how they’ll affect your health.

On a local level, your air conditioner emits some of its refrigerant. On a larger scale, though, air conditioners do contribute to air pollution through carbon dioxide. The U.S. Department of Energy estimates that HVAC systems comprise approximately 6% of the United States’ electricity usage. While efforts are being made to use renewable energy sources to generate electricity, the majority of the electricity in the United States (around 61%) is created by burning fossil fuels, such as coal, gas, and petroleum.

The burning of fossil fuels puts out smoke, which as you might assume, pollutes the air. Additionally, it gives off greenhouse gasses like carbon dioxide. While carbon dioxide doesn’t have an immediate impact on the ozone layer the way CFCs do, it’s similar to HFCs in that it absorbs radiation and contributes to the overall warming of the planet.

How to Remedy the Situation

Perhaps the biggest way to work toward a healthier environment with less air pollution, at least when it comes to air conditioning, is to concentrate on energy-efficient systems. The industry is constantly working toward finding safe refrigerants, like R-134A, to let us keep things cool while protecting the planet.

Whether you’re looking for a new, more efficient air conditioner, your furnace needs a tune-up, or you want to improve your home’s indoor air quality, look no further than Total Comfort Solutions Heating and Cooling. Residents of Kennesaw, GA and the surrounding areas have helped us maintain a quality BBB rating. Give us a call today! 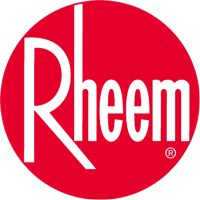